Social Security beneficiaries will not have a benefit increase in 2016. Inflation has declined over the past year, fueled primarily by a large drop in the price of gasoline during that period. This means the Social Security wage base will remain flat for 2016 (staying at $118,500). By law, if beneficiaries get no increase, the wage base can’t rise.

The benefit freeze will also have an impact on 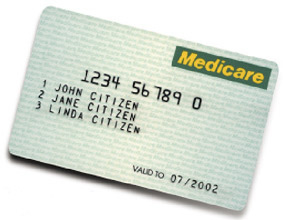 Medicare Part B premiums. About 30% of Part B users will face large premium hikes over 2015 levels. This applies to those who first enroll in 2016 or don’t have premiums deducted from monthly Social Security benefits, plus anyone subject to the Part B surcharge. For 2016, that levy will kick in for singles with 2014 modified adjusted gross incomes over $85,000 and couples with 2014 modified AGIs over $170,000. The premium boosts on all three of these groups may be as high as 50% unless the Obama administration takes steps to ease the pain. Other Part B users will continue to pay $104.90 a month.

Additional information regarding 2016 Medicare laws can be found here: Medicare & You 2016

Information from The Kiplinger Tax Letter Vol. 90, No. 18 was used in the blog post.